Soccer positions: Everything you need to know 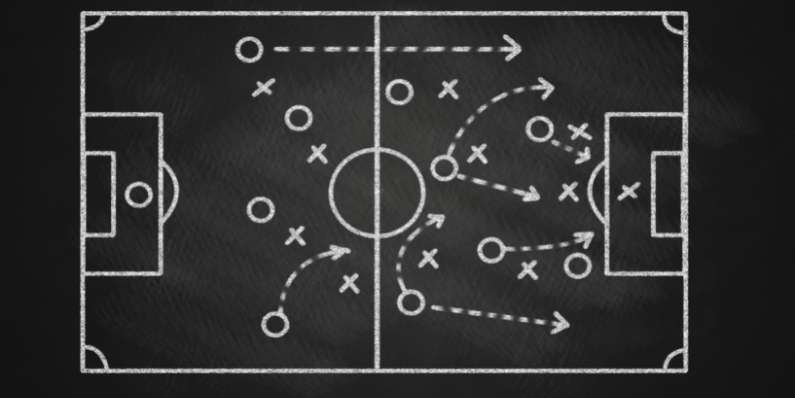 The soccer positions of a team are an essential part of their planning, since a good soccer team is well organized and everyone has a complementary role that, when they are well allocated, make them play like one single player. Because good soccer is about good team play and coordination, too.

We will explain to you how are players allocated, their numbers, roles and the best formations that can be created with these.

First, you should know that players have a player number assigned to their position. There’s almost always 11 players in the field, this is why since 1920 in U.S. Soccer we have position numbers, that makes the game easier to understand by youth players, developing a universal language to know how a soccer team must organize. This is useful to learn and remember.

Here is an example of how most typical positions should be numbered and their respective roles:

1 – Goalkeeper (GK): The most obvious position, because of his special role. This is the last line of defense against the opponent’s score. Its only job is to protect the net, and is the only player allowed to use his hands and arms to pick up the ball or block the opponent’s shoot.

2 – Right Fullback (RB): Fullbacks are the rear defenders, helping the GK defend from his blind spots. They will move up and down the field, and will also help during offensive plays.

4 – Center Back (CB): They are also known for being the central defender before the goalkeeper because they represent a second layer of defense, just in the middle of the defensive line.

5 – Center Back (CB) or Sweeper (SW): In some formations, like 4-4-2, you will find two CB, but there’s also the Sweeper role (SW). The SW is a person who stays behind the defensive line and is responsible for sweeping up the ball when the opponent team get past that line, before it arrives to the GK. They can also help in an offensive strategy.

6 – Defending Midfielder (DM): The DM is directly positioned in front of the defending line. He is responsible for intercepting passes and rebounds, and tries to keep the ball as much time as possible on the other’s team zone.

7 – Right Midfielder (RM): Both the RM and LM are referred also as wingers or outside midfielders. These two positions are allocated to pull the opponent’s defense and give more space to the team’s offensive line.

9 – Striker (S): The striker is the player allocated to score on the other’s team goal, so it will almost always be the nearest player to the opponent’s GK. Strikers should be fast, have a nice footwork to evade the defense line and be precise when making the decisive shoot.

10 – Attacking Midfielder (AM): The AM is the player who normally leads the offensive plays, (which also gives their other name “playmakers”) even though he is positioned between the midfield players and the Striker.

Consider the fact that the position number begins at the most defensive side of the formation and ends generally in the attacking side. This fact will help you instantly know how aggressive or exposed a role is.

Take into account, also, that some soccer commentators will refer to some players and doing the role of a concrete number, like “this player behaves like a 10”. This is crucial to understand some references.

After knowing the most usual soccer positions, it is interesting to explore also the soccer formations, since it gets that information to create a concrete allocation of player roles in a team. But you should know first how to interpret these numbers (4-3-3, 4-4-2…)

Considering the abundant variation of formations that a team can use to play, you should know at least the three most recommended soccer formations, that could help you win a game: 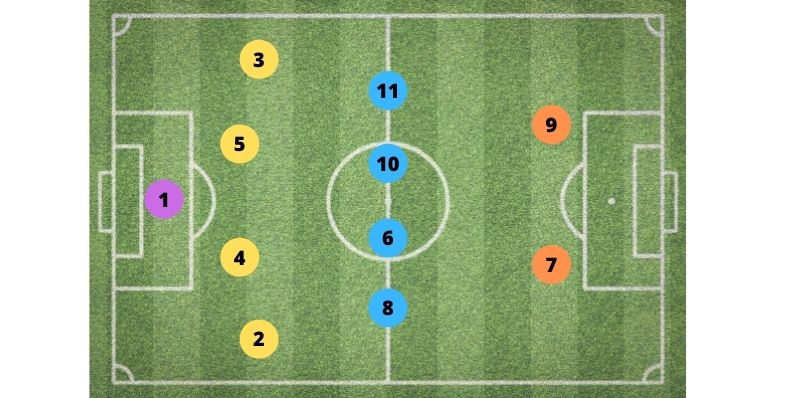 This formation is one of the most popular in the world because it’s easy to understand and is very well-balanced. If you don’t know which formation to choose, play with this one. There’s also two strikers in the offensive line, which will have space also for interfering during the other team attacks. 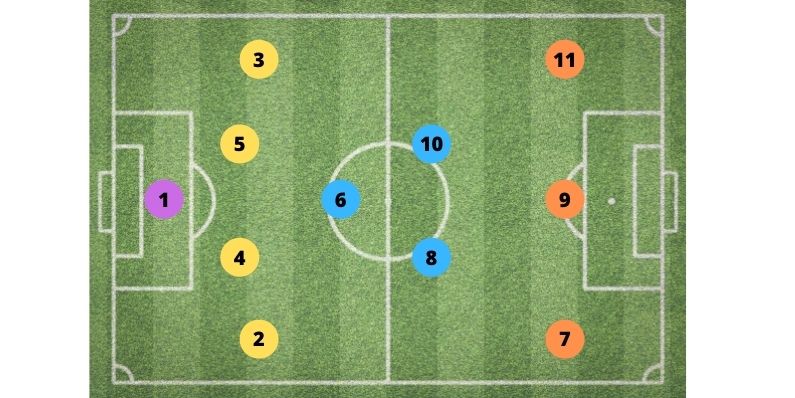 The 4-3-3 formation is another great option for when you are not convinced on how to form your team. This excels for being very flexible and perfect to adapt to the most difficult situations in a game. The coach won’t need to change the formation shape if he wants to change the strategy, which is brilliant. 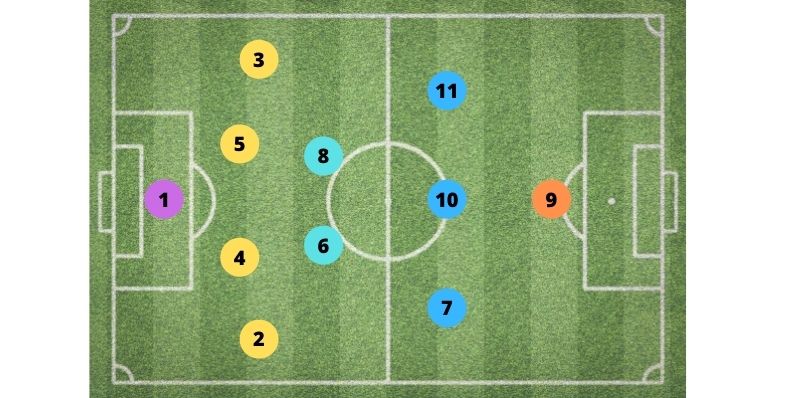 We talked about how formations can divide up to 4 lines, and this is a great example. This is the formation that the great soccer manager José Mourinho used in countless games, that gave his team a high control of the ball in the middle of the field. It is composed of:

Do you want to test out this new information and formations? Why not try it while doing a Soccer tour in Spain with your team, practicing the best soccer tactics with our personalized assistance?

If you want to go even further in the training of your team, you can also check out our soccer training camp in Spain, we can help you raise the level of your team! If you want, we can also organize a soccer tournament to test your new adquired skills.

We at CN Sports Tourism will be available for you, so be sure to fill the contact form in case you have any doubt. Be prepared to practice the best soccer positions and formations with us! 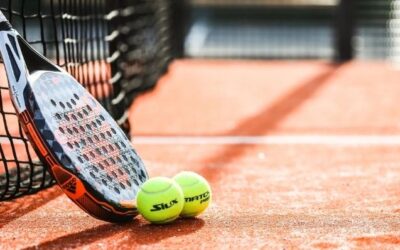 Padel Travel: What to expect for the best padel tour

Padel travel is a concept that is actually trending in the travel sector, as padel amateurs and professionals are growing and looking for the best way of training while traveling.  Today at CN Sports Tourism Agency we want to help you by giving you information about... 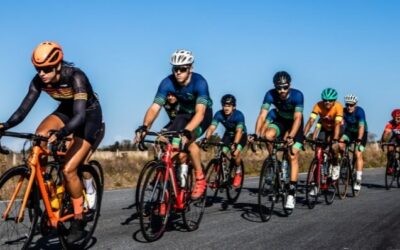 Cycling camp: What it is and its benefits

Today at CN Sports Tourism Agency we want to dedicate an article to the cycling camp experience, perfect for people who want to get the best of themselves on the bike while meeting new places. What is a cycling camp? A cycling camp, often referred to as cycling... 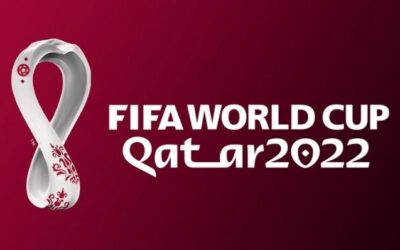 Soccer World Cup 2022: All the details

The new soccer world cup is just around the corner, and we're as eager as you are to see the play of the best soccer teams on the planet, crushing together. As a soccer fanatic that you surely are, you deserve an article like this, where we will answer all your...

This website uses cookies to improve your experience while you navigate through the website. Out of these cookies, the cookies that are categorized as necessary are stored on your browser as they are essential for the working of basic functionalities of the website. We also use third-party cookies that help us analyze and understand how you use this website. These cookies will be stored in your browser only with your consent. You also have the option to opt-out of these cookies. But opting out of some of these cookies may have an effect on your browsing experience.
Necessary Always Enabled
Necessary cookies are absolutely essential for the website to function properly. This category only includes cookies that ensures basic functionalities and security features of the website. These cookies do not store any personal information.
Non-necessary
Any cookies that may not be particularly necessary for the website to function and is used specifically to collect user personal data via analytics, ads, other embedded contents are termed as non-necessary cookies. It is mandatory to procure user consent prior to running these cookies on your website.
SAVE & ACCEPT
Call Now Button