The new football world cup is just around the corner, and we're just as eager as you are to see the best football teams on the planet play against each other.

As the football fan you probably are, you deserve an article like this one, where we will answer all your questions about this year's World Cup.

What is the Football World Cup?

The Football World Cup, also known as the FIFA Club World Cup (or simply World Cup) is the international football competition most important of the best men's national teams in the world.

It is a championship awarded every 4 years, since its first edition in 1930, with a few exceptions.

Before the official cup takes place, there is a three-year pre-qualification phase. That is, the national teams qualify for the tournament. This is because the 32 best teams, including the host team, must participate in the tournament.

Going to watch the World Cup is something that any football fan or sportsperson should experience at least once in their life.

The reigning world champion was Francewho crushed Croatia in the last match by 4-2. We'll see who will win this edition - will it be your favourite team? 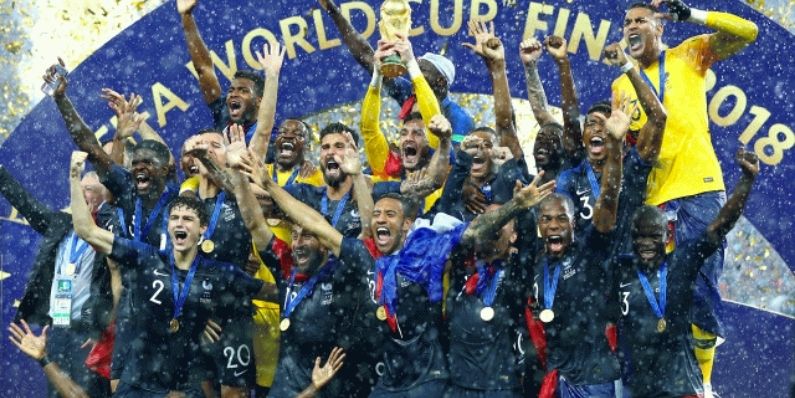 Which country will host the 2022 men's World Cup?

As its official name suggests, the World Cup will take place in Qatar, from 21 November to 18 December 2022. It is the first football cup to be held in the Arab world and the second to be held on the Asian continent.

Is it possible to drink in Qatar?

If you are planning to go to the football World Cup in Qatar, you should know that it is It is legal to drink alcohol from the age of 21 in Qatar..

How safe is Qatar?

Qatar is a country very safe for travelThe country has low crime rates, especially towards foreigners.

How many stadiums does Qatar 2022 have?

Qatar will have eight stages for the world tournament. According to goal.comThe seven have been unveiled, all of them with a capacity of more than 40,000 fans:

How to go to the World Cup in Qatar?

You should be able to buy tickets for the Qatar 2022 World Cup through the Qatar World Cup website. FIFA.com. When we are publishing this post, but the current information given by FIFA on this website is as follows:

Information regarding ticket sales for the 2022 FIFA World Cup Qatar? will be available in due course.

If you are planning to go to the World Cup in Qatar, we have good news for you: CN Sports Tourism Agency is going to offering tourism experiences for the World Cup in Qatarwhich will be the best football tourismfollowing our style of exploring the world through sport. Enjoy your stay in the best accommodation, tourist activities and of course the best football matches in Qatar!

Are you up for this exclusive experience with the Football World Cup? To do so, just ask us for more information through our contact form.